So what makes a good trial? Well, it depends on who’s side your’e looking at the trial from!

Through the eyes of the plaintiff or the defendant?

But there’s a third perspective. We the public, the viewers, the observers. So with that in mind, let’s take a look at the most famous court trials in history over the past two decades. These are the trials that had the most media coverage and controversy surrounding the trials from a public view point. I’m not sure which one I am fascinated with most.

Top 5 famous trials (in my opinion)

This trial really did set the benchmark for 24/7 coverage in the media and was this case which raised the profile of one TV network to the household name it is today — truth.

The case had an array of characters across the spectrum from good to evil, from the likes of Johnnie Cochran, the leading lawyer in the defence and acquittal of O.J., Judge Lance Ito presiding over the case while on the bench, to Kato Kaelin the media personality who gained fame as a witness during the trial, to Mark Fuhrman the detective on the investigation of the murder case.

Even today, O.J. Simpson’s case is still regarded as the de facto in sensational court cases across the world. What was crazy about this case was the fact the whole country including me gasped in shock on that faithful day in October 1995? The jury returned a “not guilty”!

To date, which other court trial can safely say it had the nation on the edge of their seat?

ImClone Systems. Martha Stewart. Guilty. Inside trading of its stock. With Martha’s pristine image, television shows and newspapers fell over themselves to get a shot at covering her as she fell from her gracious living. Who would have ever thought that America’s glitzy hostess, who had built her media empire from fine dining, design and decor, would end up in the prison doldrums? In July 2004, the verdict was returned. Five months in the slammer for Stewart!

Beyond Michael Jackson’s musical talent and work ethic, his life’s legacy will be forever tarnished by one sick and perverted storyline. The King of Pop’s first allegations of the molestation of children against him were introduced in 1993, although the charges did fall apart under careful scrutiny. Fast forward ten years on and the iconic Martin Bashir documentary brought enough questionable content to the surface that Jacko was arrested that November 2003. He was then indicted on seven different counts of child molestation among related charges. News channels followed it as it was such a hot topic for a music star of this stature. However, in less than two years from then, Michael Jackson was acquitted on all of the charges brought against him.

Arguably America’s most notorious domestic terrorist, Timothy McVeigh orchestrated, along with Terry Nichols, the bombing of the Alfred P. Murrah Federal building in Oklahoma, which famously become know as the Oklahoma bombings. This resulted in the killing of 168 people that faithful day in April 1995. Without a doubt, until the 9/11 attacks in 2001, this was the deadliest act of terror on American turf.

The former governor of Illinois, Rod Blagojevich soon found out the good old fashioned way that the under the counter deals in politics that worked in the past simply won’t be a runner anymore. In June of 2011, Blagojevich was found guilty of a total of 17 charges on corruption, including the soliciting of bribes to fill Obama’s seat in the Senate.

I think these trials all have one thing in common. Ans that is, they were all game changers in their respective social circles, from music greats to media moguls, from politicians to American football stars. We gained interest in these trials as they engaged us and showed us that even the people we view as the pillars of society are merely only other human beings like the rest of us. They simply made bad decisions and paid the price.

A friend of mine has also voiced his opinion lately about this issue as well. His favourite celebrity trial was undoubtedly the OJ Simpson case, where he firmly believes that OJ was 100% guilty. The only reason he got away was on a technicality. 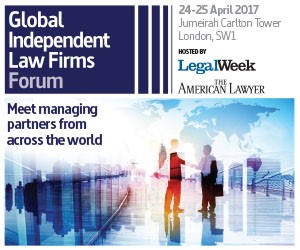 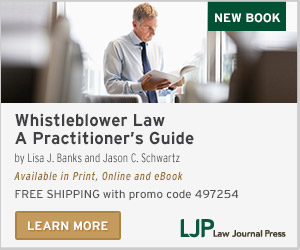